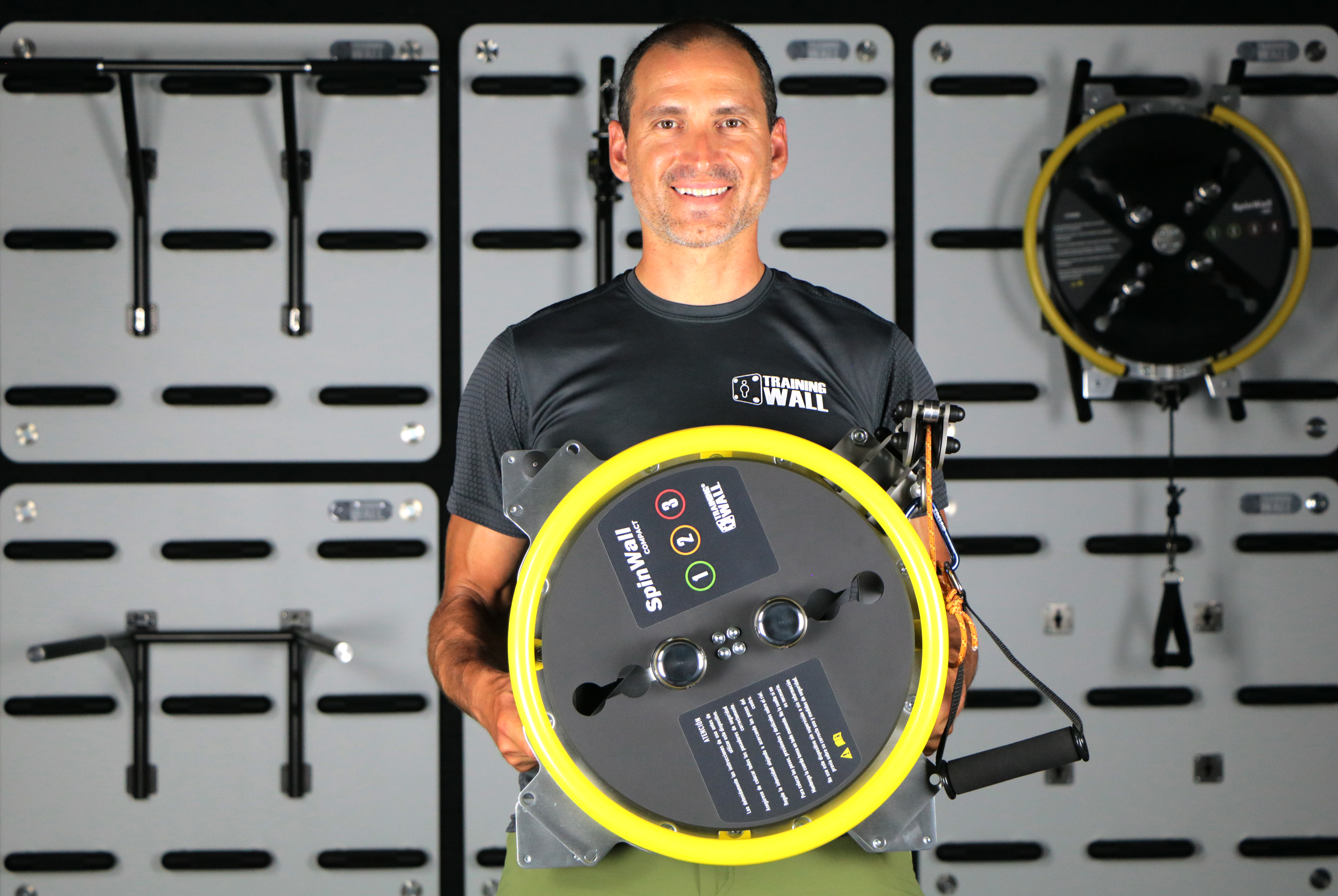 Posted at 06:53h in Sport, Training Wall by AdminTW

The SpinWall Compact is the portable inertial device that will take your training to the next level. Use it with the different panels of Training Wall and also take it outdoor to combine with your training.

The SpinWall Compact has 6 levels of intensity, from the minimum to the very hard resistance only suitable for the most demanding athletes.

The SpinWall Compact is as solid and strong of its big brother, but it has reduced dimensions, the backside has been modified to be able to be attached to a post or other surfaces (moreover the Training Wall panels) and has 2 weights instead of the four.

We combine the SpinWall Compact with the standard SpinWall to increase the range of training tools and intensities of training loads.

Inertial training devices are experiencing remarkable growth in recent years. Physical trainers, personal trainers, physical therapists, and retrainers are increasingly used to using this methodology that had its origins as a training team in weightless situations. But how do they work?

How do inertial machines work?

So how do I regulate the intensity?

The intensity is regulated by two factors; the Moment of Inertia and the speed of execution of the exercise.
The moment of inertia (I) is the relationship between the mass of the disk and its radius. They are defined by the formula:

Where M is the mass of the set and R is the radius of that disk.
The moment of inertia of a ring is described by the following formula: 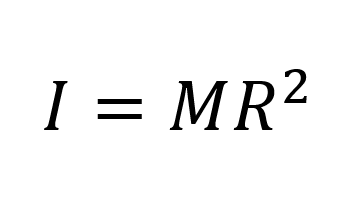 Seeing this, there are two ways to change the moment of inertia of the machine, either by changing the mass, that is, by changing the disc each time or by screwing weights around the disc in order to make it heavier. But this system has drawbacks. You must have a set of discs that also will not provide many variations or a set of weights screwed to the disc with the drawbacks that this has. Changing the intensity becomes somewhat slow, so you cannot combine different movements or different athletes at the same time.
The other option is to change the radius of the disk, but you should also change it so the drawbacks would be similar to the previous ones.

Training Wall’s SpinWall has a characteristic disk of inertia that is internationally patented. How does it work?
For Training Wall, the usability of training equipment and the adaptation to different athletes are key elements, that’s why from its origins, we have designed easy to use and totally versatile equipment. We were looking for a system with which to be able to immediately modulate the moment of inertia and also in a much wider range than the current machines on the market.
SpinWall’s patented disc is based on a large disc with rails on which to slide weights or masses. And why? because the incidence of the radius at the moment of inertia is much greater than the incidence of the mass. Let’s think about the movements that an ice skater makes when he wants to turn on his axis. If you want to rotate fast (reducing the moment of inertia) bring your arms closer to the body, on the contrary, if you want to rotate slower, separate your arms from your body. The total weight of the body does not vary, but thanks to the position of the arms, the moment of inertia does.

You can learn more on the SpinWall page at  https://training-wall.com/tool/spinwallcompact/ 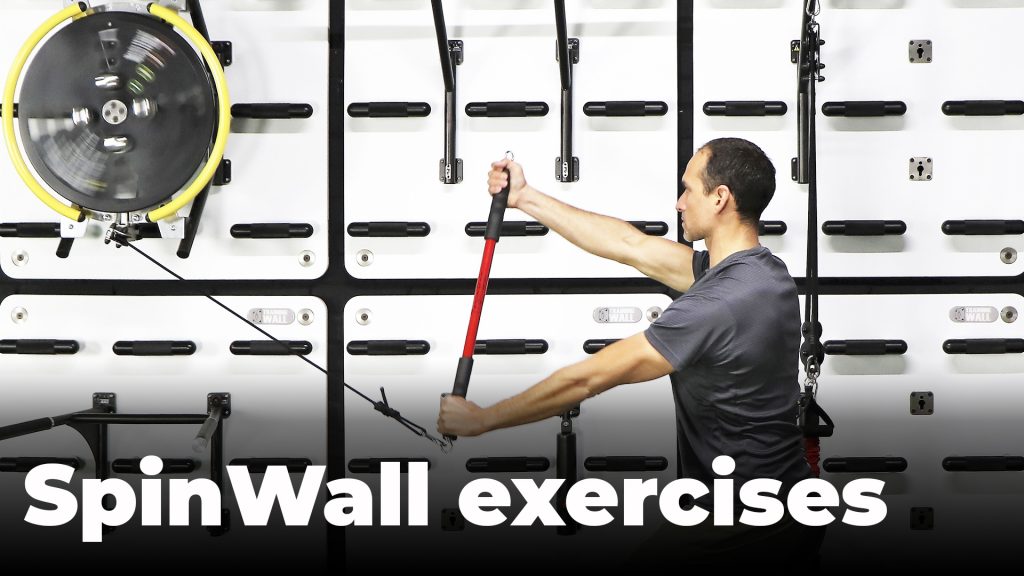 In addition, with its online Academy, you can expand your possibilities and with its wide variety of tools or accessories, you will ensure that you always have what you need, no more and no less.